KDrama Review | I’m Not a Robot

I just heard that ABS-CBN will air this next month so I think it’s about time to publish this review. 😆

Kim Min Kyu is a majority shareholder of KM Financial. He is close to perfect except that he is allergic to human contact. Due to his condition, he grew up alone. Well, he has his machines and of course, technology.

Jo Jia or known as President Jo is a personal shopper. She struggles in finding a proper job because she wants to design and build stuff and become an entrepreneur out of it. That’s all she wanted to do in her life.

Hong Baek Gyun is a well known developer of android robot and is working in Santa Maria Research. He is Jia’s ex-boyfriend and he developed a robot that looks exactly like her. He named it Aji 3. KM Financial was about to sell Santa Maria to another company so he sent a video of Aji 3 to Min Kyu telling him that Min Kyu owns the robot. It got Min Kyu’s interest and wanted to test Aji 3 before he decides if KM Financial should sell Santa Maria or give them additional funding for robot development. But Aji 3 got damaged and needed more time to be fixed. Baek Gyun called Jia and sent her to Min Kyu in place of Aji 3 instead.

Min Kyu thought Jia is really a robot and everything gets tangled as the story progress.

Min Kyu (Yoo Seung Ho) doesn’t trust anyone. He was betrayed by the people he treated like family and what made it worse is his medical condition. It’s pretty serious and may cause his own death. Living alone is his mean of survival. He put on this mask, so people won’t take advantage of him but behind that, he is very sweet and genuine and just very naive – it’s cute! He knows how to take care of the things and people he values the most. He is a keeper.

Jo Ji Ah (Chae Soo Bin) has a very strong personality. She knows what she wants and she really goes after her dreams. She invented a lot of things that are sometimes funny but creative nonetheless. For someone who has an IQ of 94, she invented something through Quantum Physics. This is really the rom-com you are looking for! She hated Min Kyu but got soft with him when she found out his story.

Hong Baek Gyun (Um Ki Joon) will do everything for the Santa Maria team and Aji 3. When Ji Ah broke up with him, he didn’t know what he did wrong. He only realized it when he called Ji Ah to replace Aji 3. He still cares about her, but he knows that they are no longer the same as they were years ago. CHARACTER DEVELOPMENT!

The Santa Maria Team really played an important role here for the main characters’ own growth. They are really funny but very affectionate. You will love them!

Ri El and Yoo Cheol. I must also give it to these two. You will hate them at first. They are Min Kyu’s childhood friends. I’m excited for you to see how well they have also grown!

My Thoughts In General

💭 It is not a Korean drama if the main lead’s parent won’t die in a tragedy leaving their kid with nothing but big fortune. Yeah? It has kind of become a thing. This one is no different. That concept will give the story a dramatic touch. I am always a victim! LOL

💭 I really didn’t want to watch this because it’s too fantasy for me. I mean, how can Min Kyu not recognize that Ji Ah is a person and not a robot? The plot ain’t too much of a twist for me – not even the story behind Min Kyu’s allergy. But out of that context, the story is really good! You know it’s good when I cry even though it is a rom-com. A rom-com. That’s how well established the characters are.

💭 It might be really funny, but you can feel the conflicts of the characters with other characters and with their inner selves. I love stories that make me justify all the characters’ actions and decisions. I think that is how we grow as a person.

💭 This particular scene reminds me of The Eternal Sunshine of the Spotless Mind. Talk to me if you get it after watching! 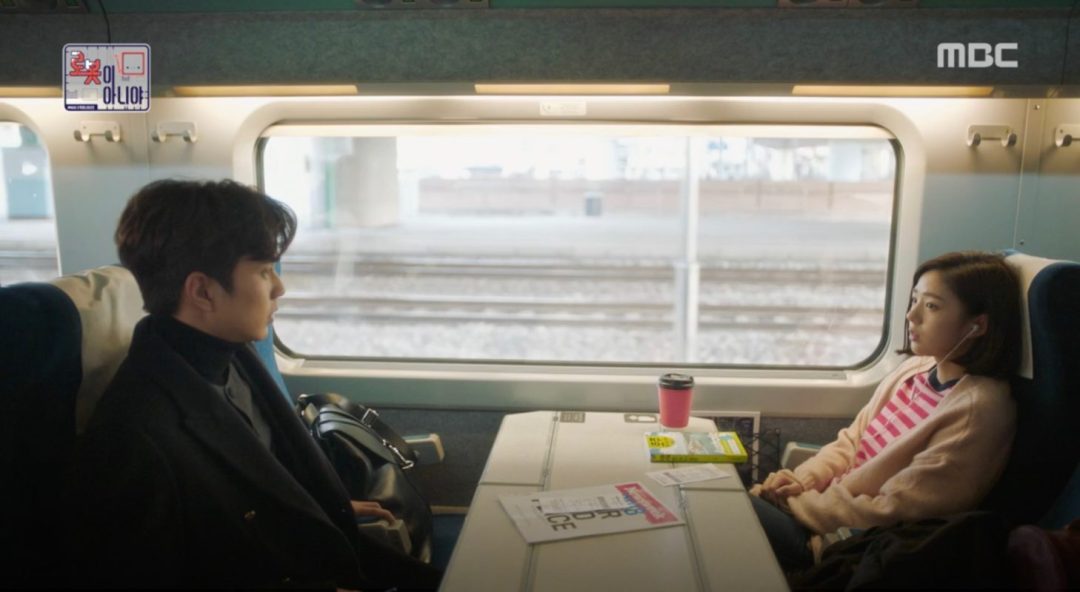 💭 Sometimes, I see Lee Sung Kyung in Soo Bin when she is Aji 3. Maybe it’s just me. Look how the bokeh lights turn into heart shapes. Look forward to the scene before this. 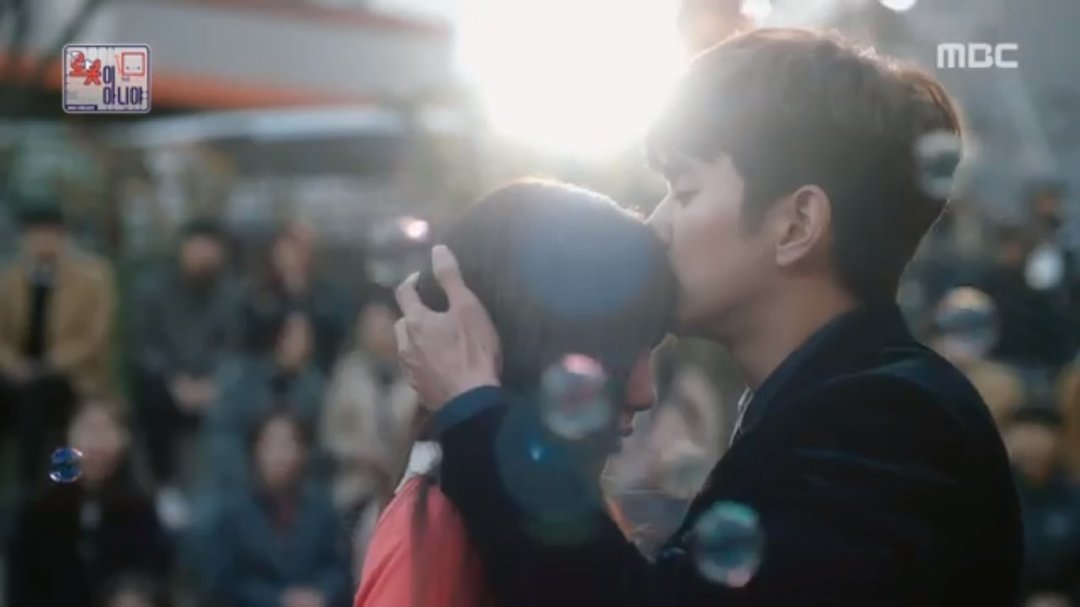 💭 I’m Not a Robot is not problematic. All the characters will make you either laugh or cry or both or will just leave you in uwu state. I really recommend this!

💭 Let me end this with my most favorite line from the series:

They say the first humans were made of atomic dust, why look for a star outside when they’re inside you?

One thought on “KDrama Review | I’m Not a Robot”