Initially, it is about a girl (Nam Hong Joo) who dreams about the future. The thing is, she doesn’t know when the incident may occur. She used to believe that she can’t do anything to change the future. Not until Jung Jae Chan came into her life. Together, they try to save their lives as well as others. Can we really defy Fate? She also constantly dreams about her own death. I know, right? How can you face tomorrow knowing that you might die that way? Instead, she lives her life courageously.

The story may not be that unique, but it is not completely ordinary either. It is not too much of a rom-com or a full-packed action. Maybe a little bit in between. It is also mind-blowing with the prosecutor scenes. It will enhance your judgement towards people and things. It always differs upon the situation. It will leave you thinking, “would I do the same?”

I must admit that I watched this series because of Lee Jong Suk. Duh? He is really a great actor and whoever you partner with him just totally clicks. The chemistry is always there, like, how?

Lee Jong Suk plays as a prosecutor. He can be really dumb at times but when he is in court, you will see how he doesn’t take justice lightly. He is too meticulous in doing investigations that his work piled up. It takes him too long.

His character is probably the one who has been really well-developed. In each case he faced, you will see how it affects his perspective, and of course then, his personality. Often times, he is funny and cute. (I am not being biased here, I swear. 😅)

Bae Suzy is seriously one with the most beautiful faces in the industry. Though I heard a lot of not-so-good comment about her acting, I think she did well portraying Hong Joo.

Hong Joo used to be a reporter but had to quit her job because of her dream. When she met Jae Chan, she was convinced that she could change the future too. So, she went back to her career which she really loves. Imagine giving up your passion just because you’re too scared of the future? That is probably her greatest sacrifice in this drama. She is very caring and loving that it won’t be hard for you to love her character as well.

Woo Tak plays as a police officer. His fate got tangled with Hong Joo and Jae Chan. He is generally a good person and just does things greatly. It’s funny how Jae Chan is always threatened just by him existing. It’s not really a bromance and a love-triangle thing, but it will still question which side you are in.

(Okay, fam. Take the prosecutor and I will take the police officer. 🤣)

I don’t want to be a spoiler, but I really hope we see more of him at the end. Regardless, he is my most loved character because his sacrifices are just too heartbreaking. I admire him so much for always doing the right thing even though it’s not in his favor. GAAAH I LOVE WOO TAK SO MUCH. PLEASE.

The characters here are all so kind human beings. They all have such a big heart. Except one—Yoo Beom. I’m sad how his character development isn’t given justice. I tried to understand his actions. Like, why is he doing it? But nah, I just really can’t connect because we are not served with a concrete past or moment in his life that made him who he is in the series. I’m quite sad about that, but you will hate him for sure.

MY THOUGHTS IN GENERAL

💭 There are loopholes. That will always be present in most stories. Here, we don’t get to know why and how Hong Joo sees the future through her dreams. There is no scientific reason because obviously, it’s fiction. I just hope the writer would have come up with something.

💭 The three main characters see each other in their dreams because they are sort of indebted to each other. The how is for you to find out. There is also a twist about the dreams that will blow you. Well, it did me. You will love them. I love this trio. 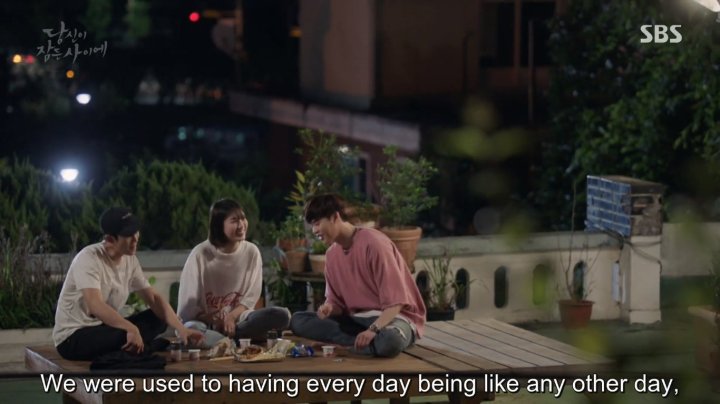 💭 I love how the clips transitioned from 13 years ago to present time; from dreams to reality. Also, let me share some screenshots I took because I think the cinematography is awesome. 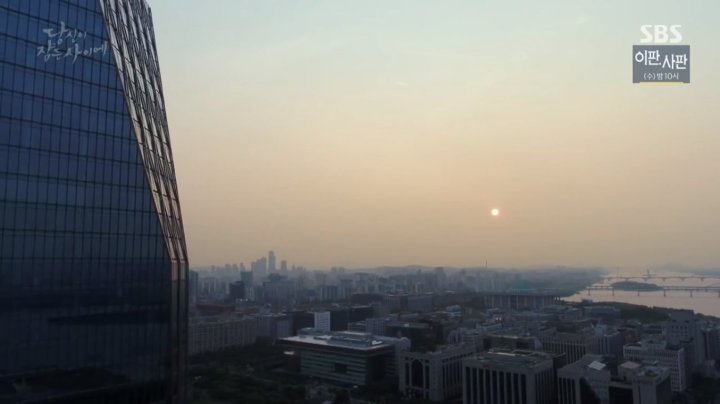 💭 There are scenes that are, of course, predictable. Especially if you pay too much attention on things. Like, who marries who. Or, who kills who.

💭 Remember when Lee Jong Suk did a cameo for Lee Sung Kyung in Weightlifting Fairy Kim Bok Joo? I love their friendship. I think it’s cute that they are giving time for each other’s projects. One of the funniest moments in the series.

💭 Also, I am really hooked by all the prosecution. Most times, I was just like “WOW. WHAT AN INTELLECTUAL.” The adrenaline rush is real. The justice is real and served well. I just wish it is always like that in real life.

💭 I love the whole concept because I think the dreams are just a metaphor for how our actions will always cause a ripple effect. It may not be today or tomorrow, but it will happen. No matter how small you think your decision-making can take, it may have gone far to someone else’s life.

💭 All in all, it is a good watch. It will tug in your heartstrings, but not in a too dramatic sense. It will make you laugh occasionally. Most importantly, it will make you think. Choices. It will take us a long way. Or not really.

Have you seen this drama yet? What do you think?

8 thoughts on “KDrama Review | While You Were Sleeping”