Please do not read if you are not a Bangtan stan. You just wouldn’t get it and I don’t want to waste your time 😛

Yesterday, Seokjin uploaded this picture of him on BTS_twt and the K-Armys are quick to find something about the flower “smeraldo”. I won’t go into much details about that here but you can read the whole thing in this Twitter thread. 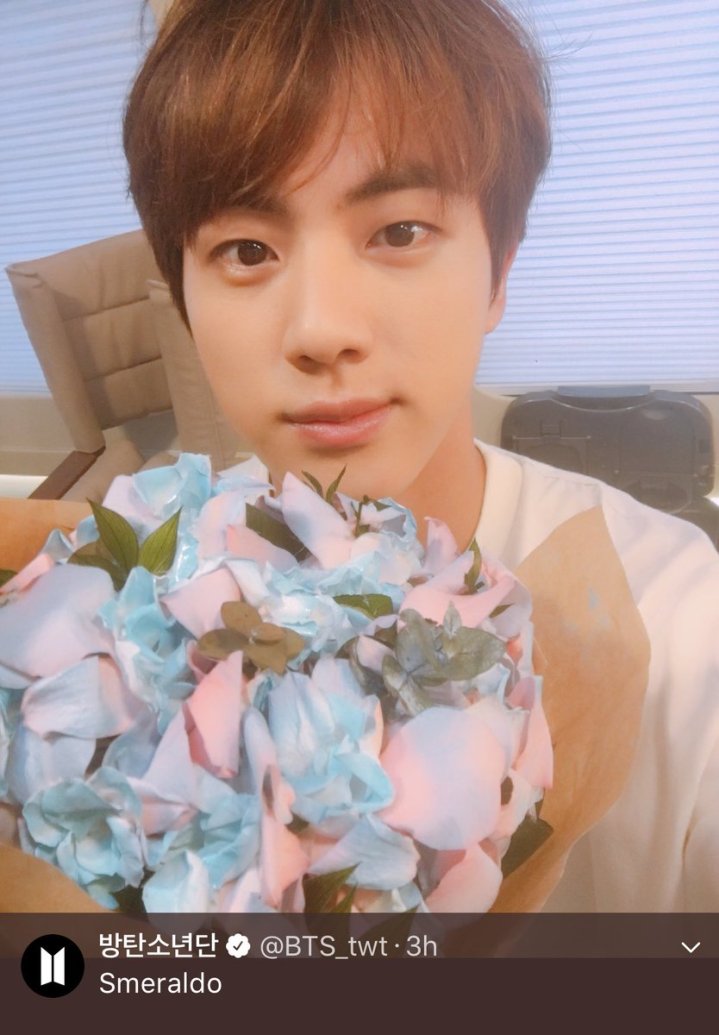 It might have absolutely nothing to do with the comeback. LOL BUT everything just seems so suspicious and there’s no such thing as “coincidence” with BigHit.

While reading the theories, I remembered this scene from the latest Bon Voyage 2 Episode: 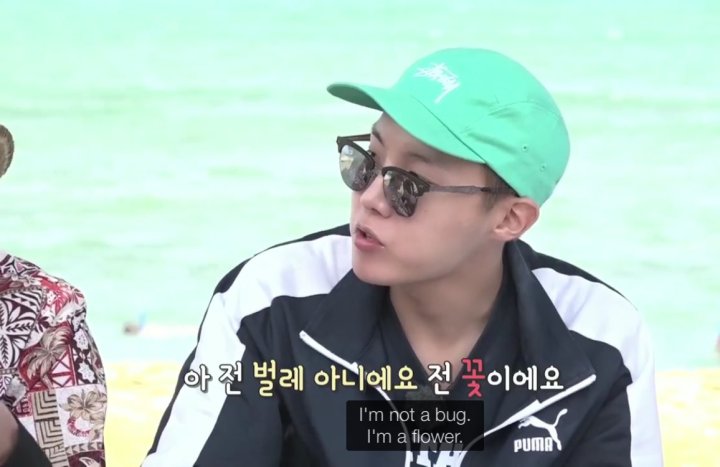 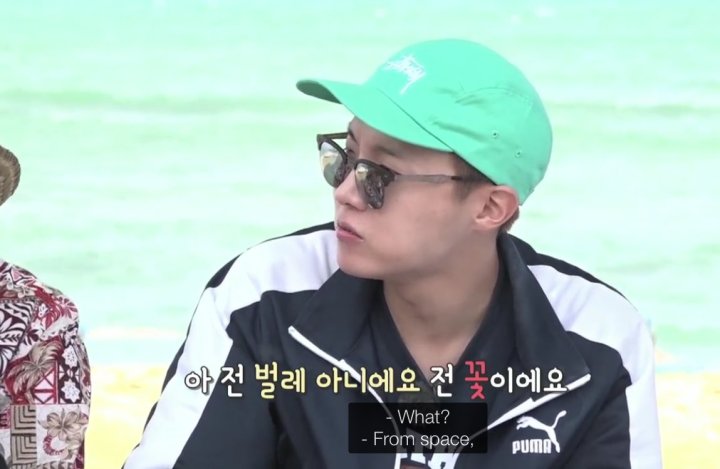 I think it is roughly translated but from the thread, it was paraphrased as “Looking down from a far universe, there will be us, seven flowers.”

Of course, me being me, I shared my thought and replied to the thread..

..and got this reply:

I wasn’t sure at first what that was all about but The Little Prince instantly came to mind. I searched for the tweet and found this:

You have no idea how much I love The Little Prince. I really think that the comeback concept is correlated with The Little Prince’s story. We all know it transcends innocence and childhood like the HYYH era. We’re boarding the train to adulthood (Spring Day) now, aren’t we?

I wasn’t sure though if Bangtan mentioned TLP even once. Hahaha! But I’m grateful to some fans who are quick to react to tweets.

What do the roses mean?

Found the begining scene & connected it with the last scene.@BTS_twt pic.twitter.com/WbtAs9t5Cw

But really, what’s with all these roses when we’re talking about the smeraldo?

To convinced me more, @sinkingmyships replied this photo of Namjoon way back in 2016 (?) from the Star Show 360.

“If, for example, you come at four o’clock in the afternoon, then at three o’clock I shall begin to be happy. I shall feel happier and happier as the hour advances. —The Little Prince, Chapter 21

This is where the famous quote “It is only with the heart that one can see rightly; what is essential is invisible to the eye” came from. Doesn’t the smeraldo somehow mean “sincerity” that couldn’t be delivered?

Since clearly (?), the concept will involve flowers and galaxies, and with this Smeraldo Academy’s 4th anniversary on Namjoon’s birthday, I think the comeback would be on September 12. WHY NOT? Joon was the one who keeps telling us to “love yourself”.

I hope you read the thread so you can follow through these things I found that might prove it will fall on his birthday.

In The Smeraldo Academy, the first attendee name is “Inbloom BTS”. I found this one in the threads:

Nirvana has a song titled “In Bloom”. Remember in HYYH Pt. 2, the Intro is Nevermind. Nevermind has 12 songs, In Bloom was the last single (maybe OUTRO?)

Smeraldo was found in the RUN MV. Taehyung and Namjoon were wearing Nirvana shirts, if I remember it correctly.

Now, going back to the myth of Smeraldo, it was founded June 12, 2013 (BTS showcase debut). If I’m right with The Little Prince thing and if you read the book, the Prince was from Asteroid B612. 612 = June 12? Also, the Prince has gone to six planets before he made it to the Earth and that makes it seven. Bangtan = 7 members.

Here’s the translation of the sad story behind the place/flower:

This somehow reminds me of The Beauty and the Beast (though altered).

In the latest movie, Belle’s father got him a rose from the Beast’s garden. He was caught and it enraged the Beast. We are all familiar with the enchanted rose:

This whole thing seems to be more about “blossoming”, I searched for the old adage: Bloom Where You’re Planted and I came up with this ancient legends that tackle the idea of loving yourself:

An ancient legend tells of a king who walked into his garden one day to find almost everything withered and dying. After speaking to an oak near the gate, the king learned that he was troubled because he was not tall and beautiful like the pine. The pine overheard their conversation and added that she, too, was upset, for she could not bear delicious fruit like the pear tree. The pear tree heard his name and began to complain that he did not have the lovely odor of the spruce. And so it went throughout the entire garden.

With all those flowers giving me number 12, I need to mention the galaxy. In BTS Festa 2016, the schedule board has the constellation of Bangtan’s zodiac signs.

I know, Pisces stands for fish but its constellation looks like a rose here (though it’s really a fish cord LOL). Nonetheless, it falls on the June 12 agenda. Also, Pisces is the 12th zodiac.

Of course, since we’re already talking about the theories, the last VLIVE of Joon crossed my mind. He is currently reading a book and we all know what happened when he read Demian.

This is Milan Kundera’s The Unbearable Lightness of Being. This is his famous work. It supports Nietzsche concept of “eternal recurrence”. There was a Nietzsche quotes in Blood Sweat & Tears music video.

With this another book in mind, the Smeraldo blog also mentioned a fictional poet named William Ashbless. He appeared in the time travel fantasy novel (looks like Come Back Home concept), Anubis Gate. The Twelve Hours of the Night was mentioned there. Bangtan said before that they practice 12 hours a day, didn’t they? Why are you always there, 12? 🤣

I guessed that they will be dropping the drama on August 16 because I stumbled onto this when I was scrolling through the Anubis page:

It’s 12:30am now and I just want to say that BigHit just dropped a teaser poster. ISTG it’s not safe to sleep before 12KST!

[Translation: “The day I want to run to that place, in the direction that my heart heads to”]

I knew that the day the Japanese version of BST, Not Today and Spring Day became available in Korea is not just a random day. IT ALL MEANS SOMETHING.

I don’t know how messed up this post is because my mind is a chaos of theories as well. Hahaha! I’m glad though that I got to talk to ARMYs about my thoughts. It all comes down to twelve. 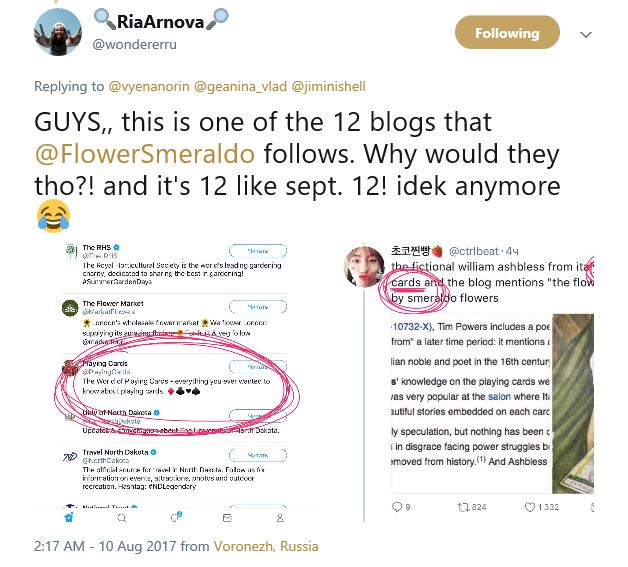 Are we really going to witness another Prologue on September 12?

Wrong theories or not, it is all fun! It’d be lovely to know all your thoughts too!