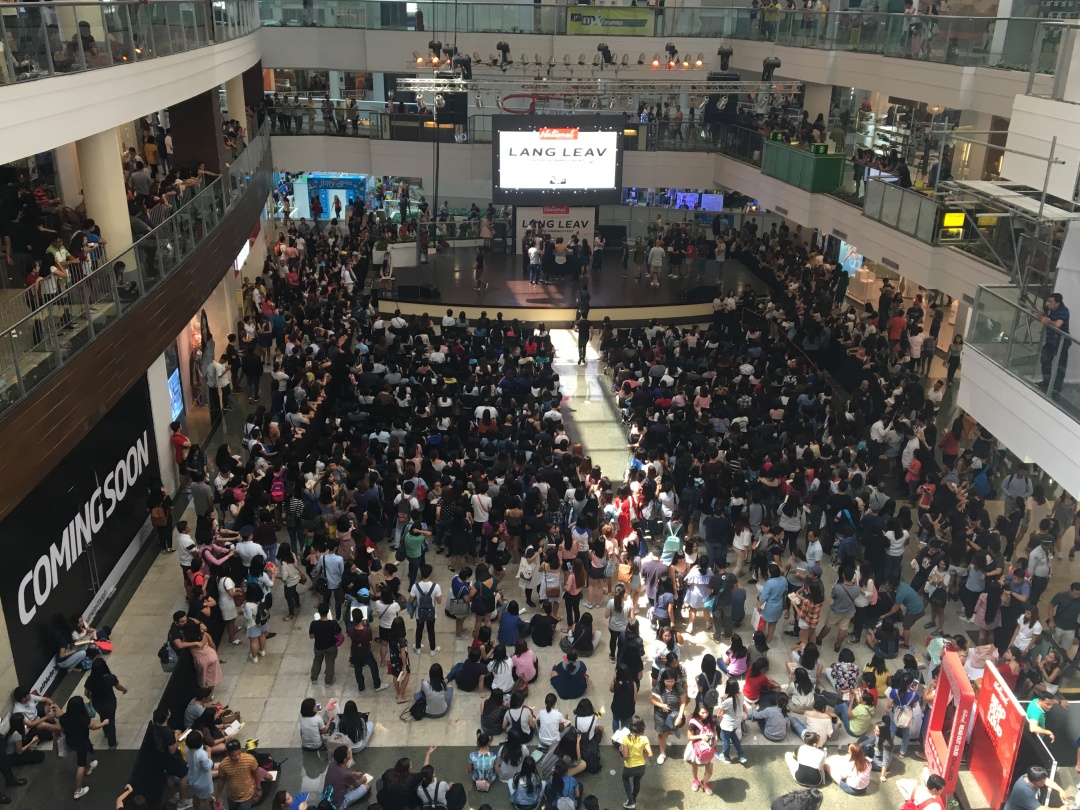 It was #LangLeavInPH day and Junice and I decided to go. I was anticipating it since NBS announced the poet’s another visit here in the Philippines.

We planned to meet halfway—at 8AM in Ortigas. Junice is from Pampanga and I’m from Rizal. We haven’t seen each other since our Hot Air Balloon Festival last February. I woke up late so I arrived an hour later. Despite of me lacking of punctuality, I just couldn’t go with the day without caffeine so I had a chai tea latte to-go. Ju already had her hot chocolate while waiting for me.

We booked a Grab from Robinsons Galleria to Glorietta 2 and we arrived at 9:30AM. The guards weren’t letting people in because 1. The event is already jam packed; 2. The mall hour is at 10AM.

The said event was supposed to start its registration at 10 but apparently, the organizers let people inside an hour before since most of them were already in the queue as early as 5AM.

They had to cut the loooong line as the signing already reached 1,000 attendees. We were so brokenhearted. I couldn’t hate myself more for not waking up early. The regrets. 😭😭

Luckily for us though, the event was open to public. There were only barricades to keep the non-attendees out.

Aside from the signing, we also made plans to meet some 5SOSFAM who went to the event. We met up with Mary first. We were planning to meet since last month but we didn’t actually get to have our schedules aligned. I tweeted once about these books I got from the Scholastic Warehouse fare that I haven’t read yet and I don’t think I’m going to. I don’t like to waste it so I decided to ask my mutuals if they are interested. Mary was the first one to reply so there’s that. 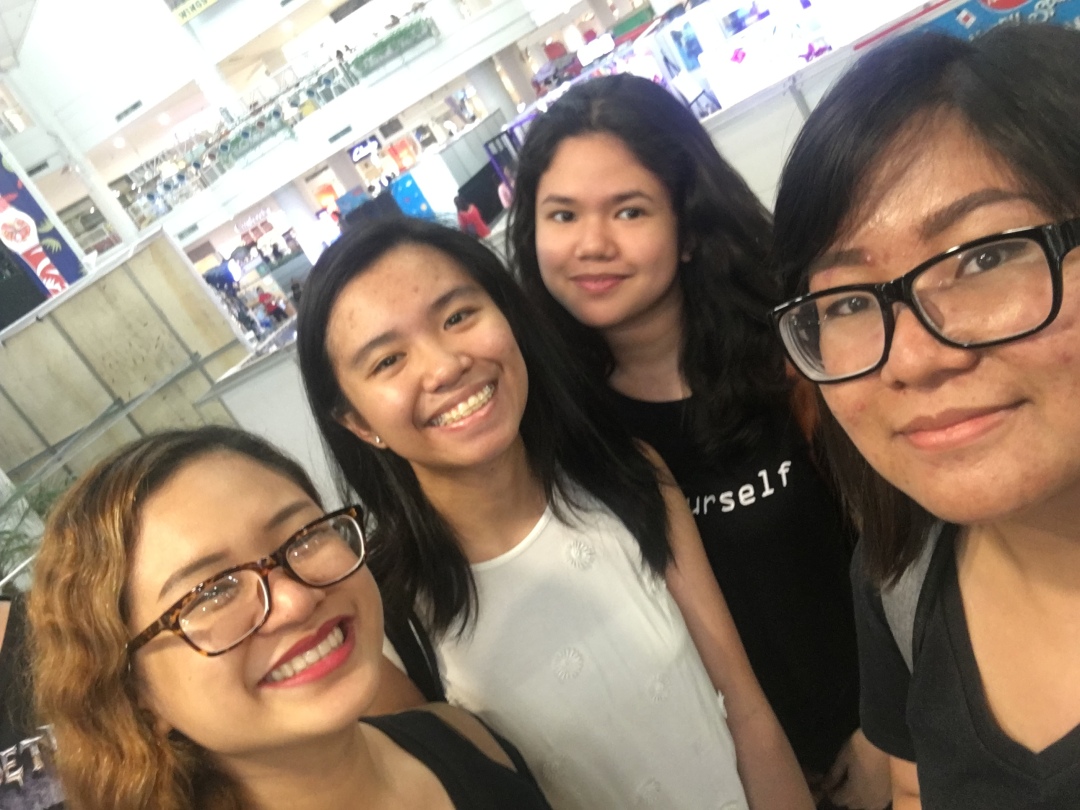 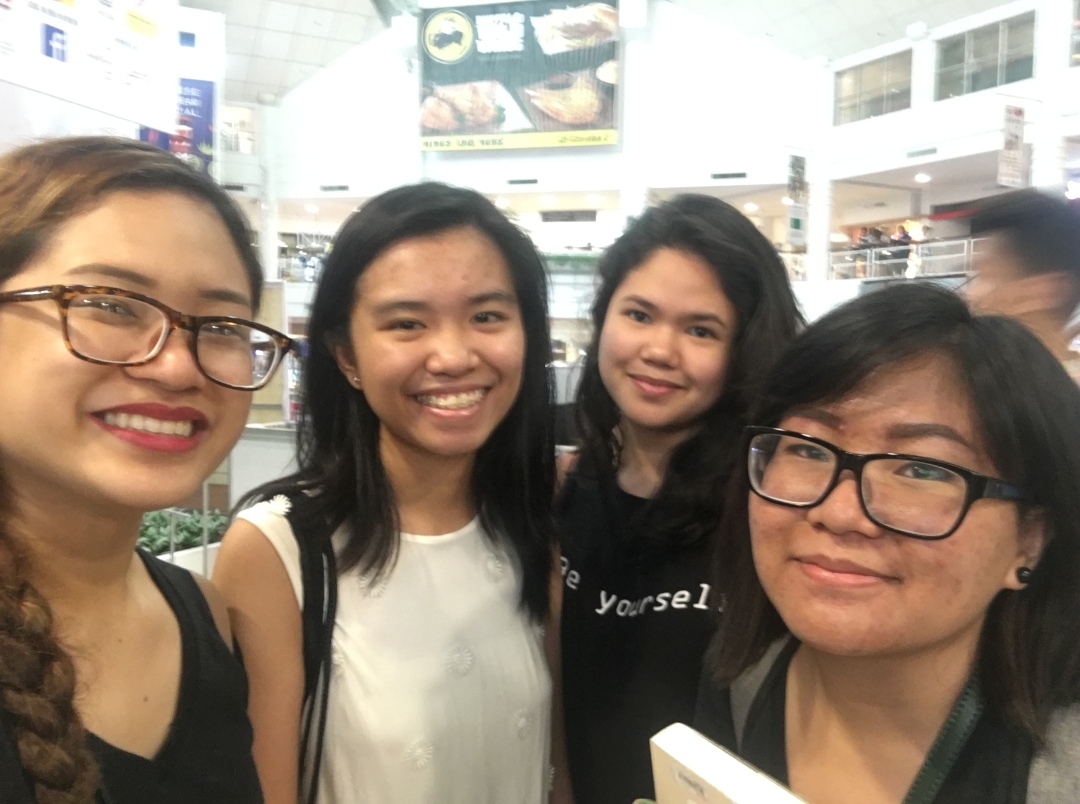 She was also with a friend and they are both so pretty. All smiles!!!

Mary blogs over Letters for You. Go check it out. It amazes me whenever I find out that my co-fangirls also blog. Too many interests colliding. It’s 💯

After a couple of complaints for not making it to the event, Ju and I decided to just roam around the mall because what else was there to do? 😅 It was funny because we were making so much puns like “Na-LEAV kami ni Lang!” Hahahaha! And guess what we found? It’s as if the whole universe was laughing at us! 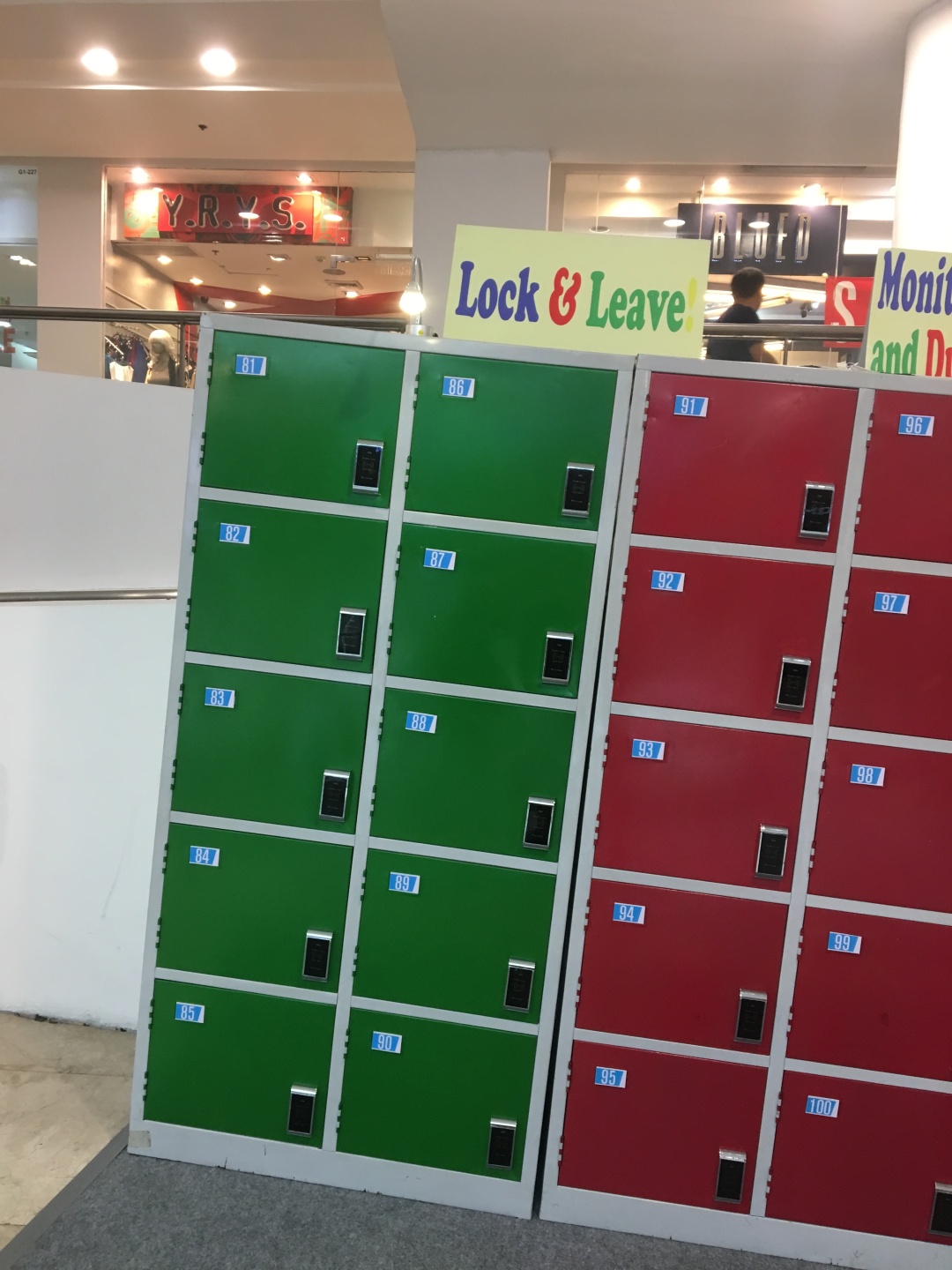 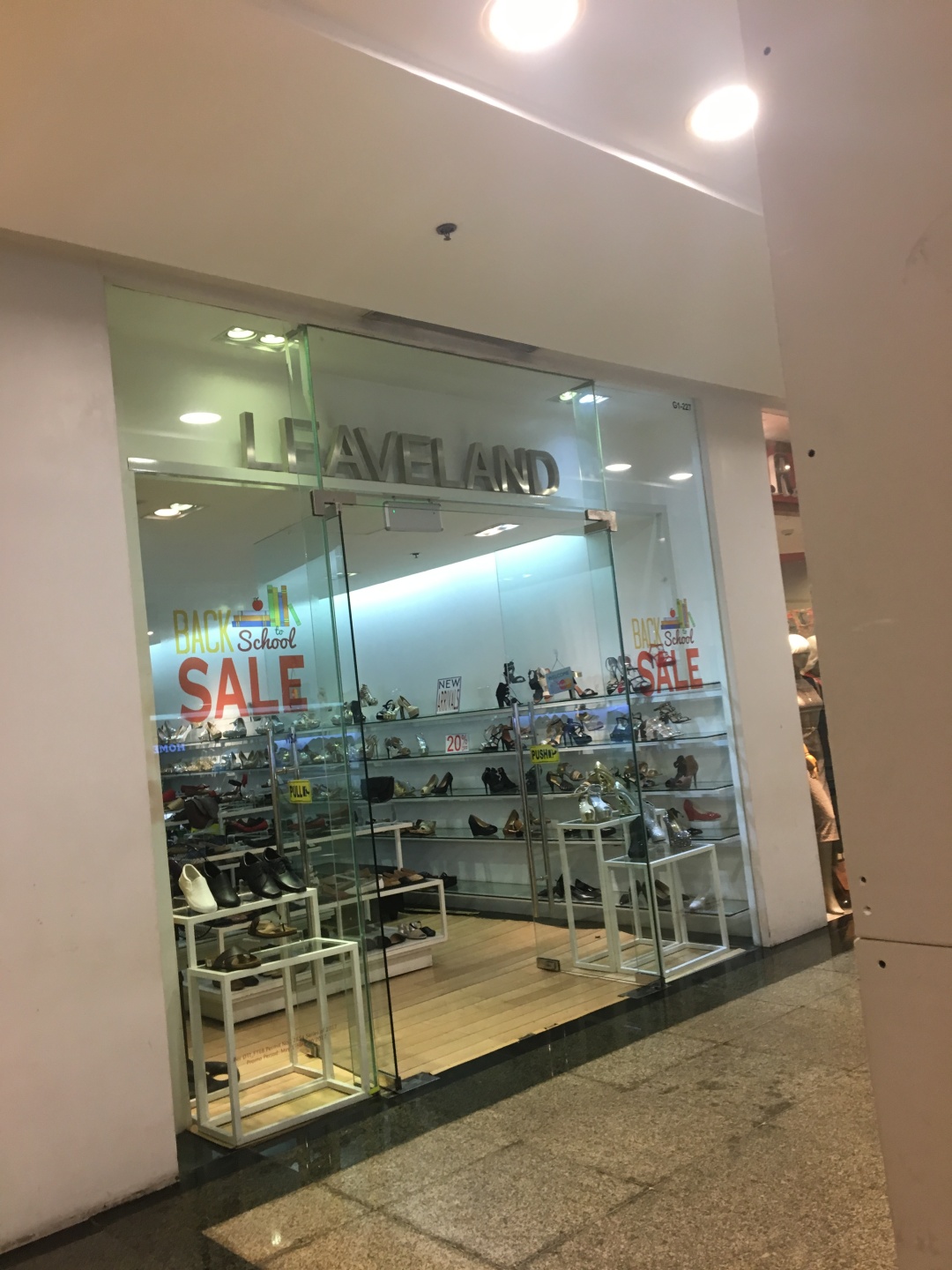 After a couple more steps around Glorietta and more stomach ache from laughing, we decided to take our lunch. What we both did once we settled on our table was to remove our specs. We feel light whenever we take it off. We didn’t realize that we also have like a matching hankies. 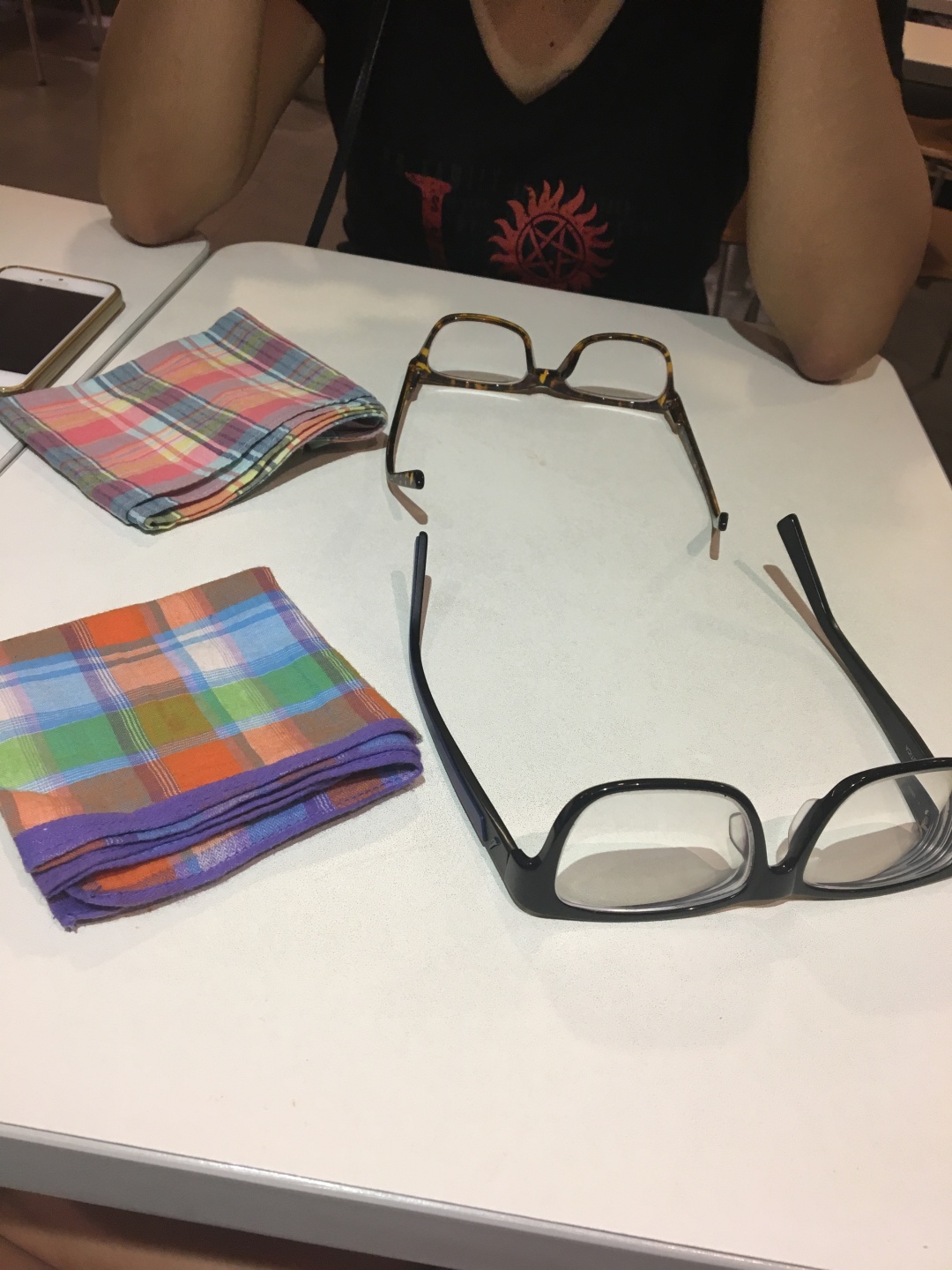 We were also wearing a matching SPN tee Ju got for us online. We also go with shorts whenever there are fan events and stuff. We also ordered the same thing (except the drinks). Someone actually asked us if we are twins. 😅 If you want to know our friendship story, let me know in the comment section below. 🤗 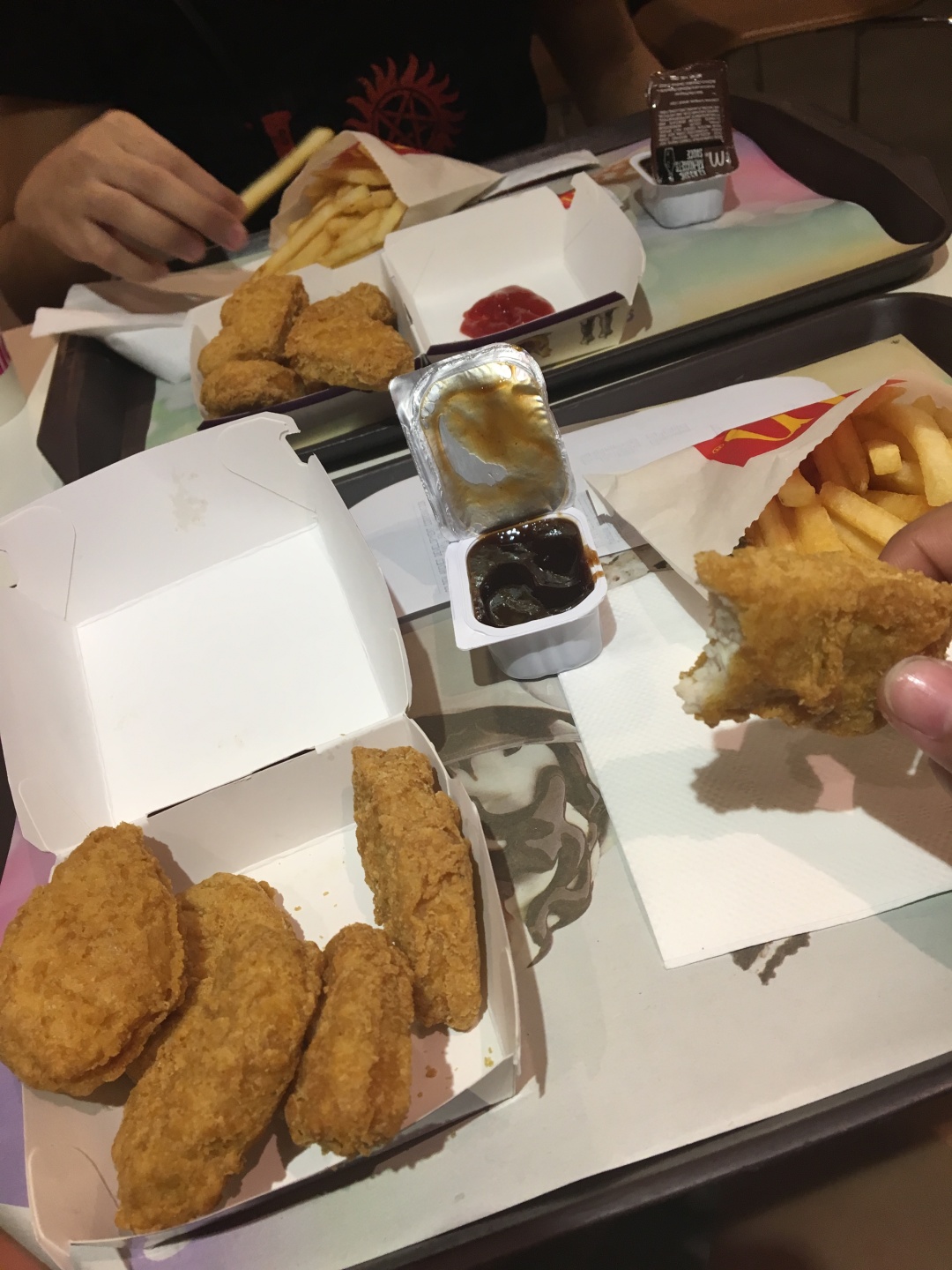 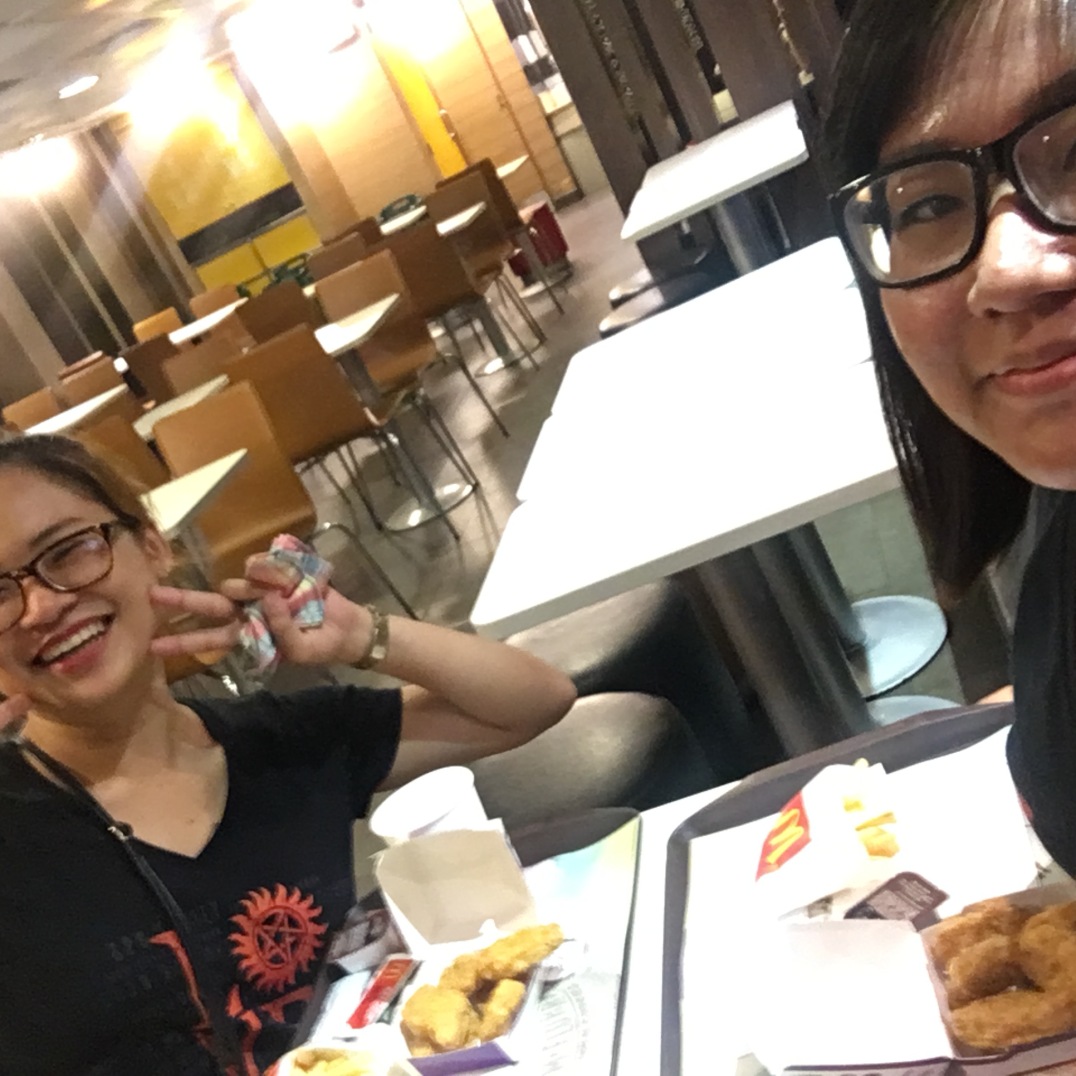 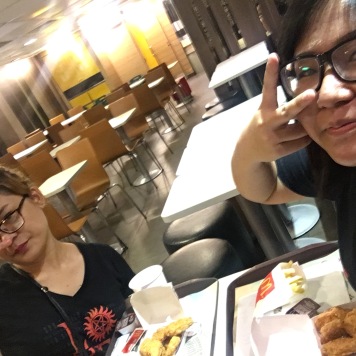 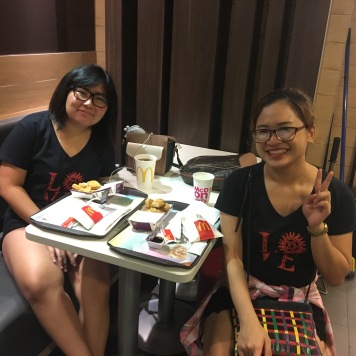 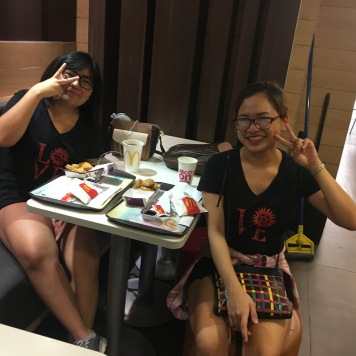 After a couple of BTS talks while McDo was playing 1D songs (for real lol), we decided to head back to the event area and met up with Jean. 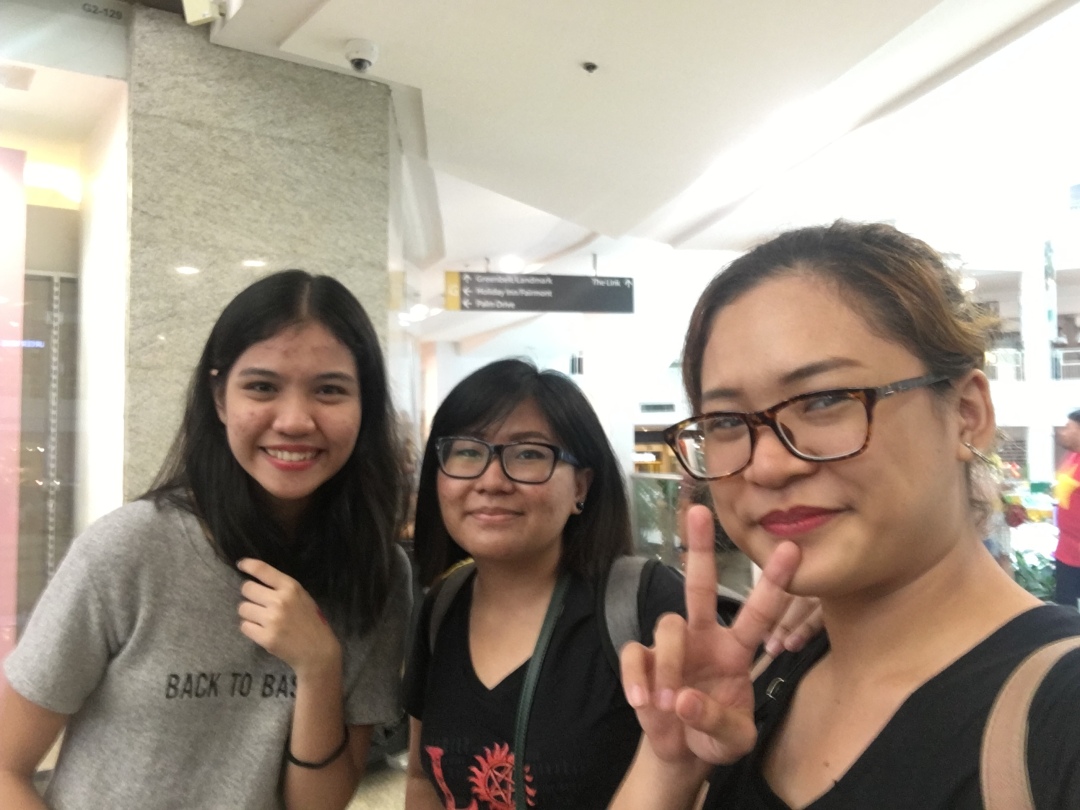 I remember she sent me a message out of nowhere asking if I’m going to the event. She even said: “BTW 5SOS Fam po ako, Hindi po ako Alien.

” Hahahahaha! She’s the sweetest telling me she silently fangirls over my blog and writing. 😭😍 It means so much! It was nice meeting you, Jean! You’re so lucky you met Lang! 💙 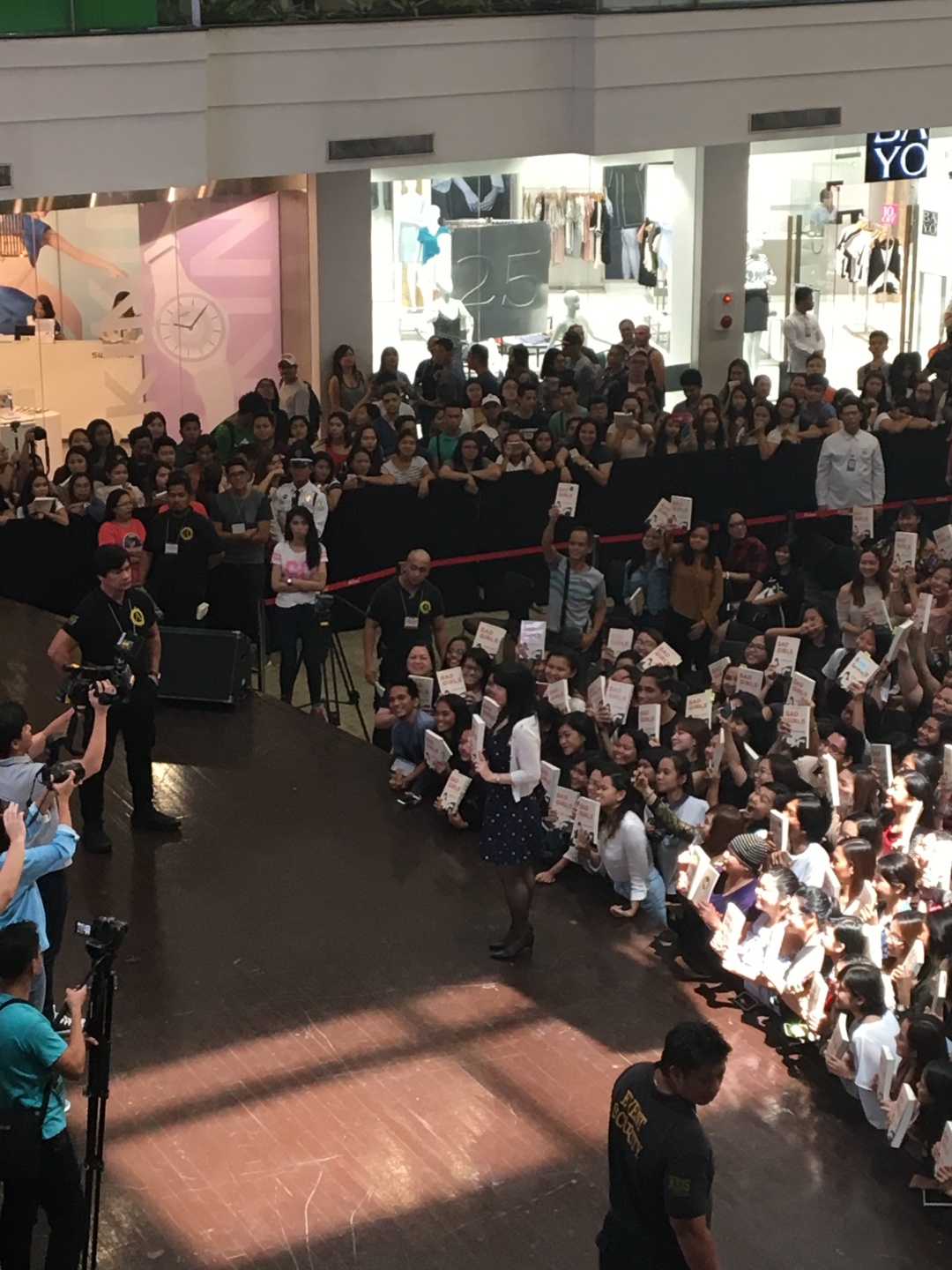 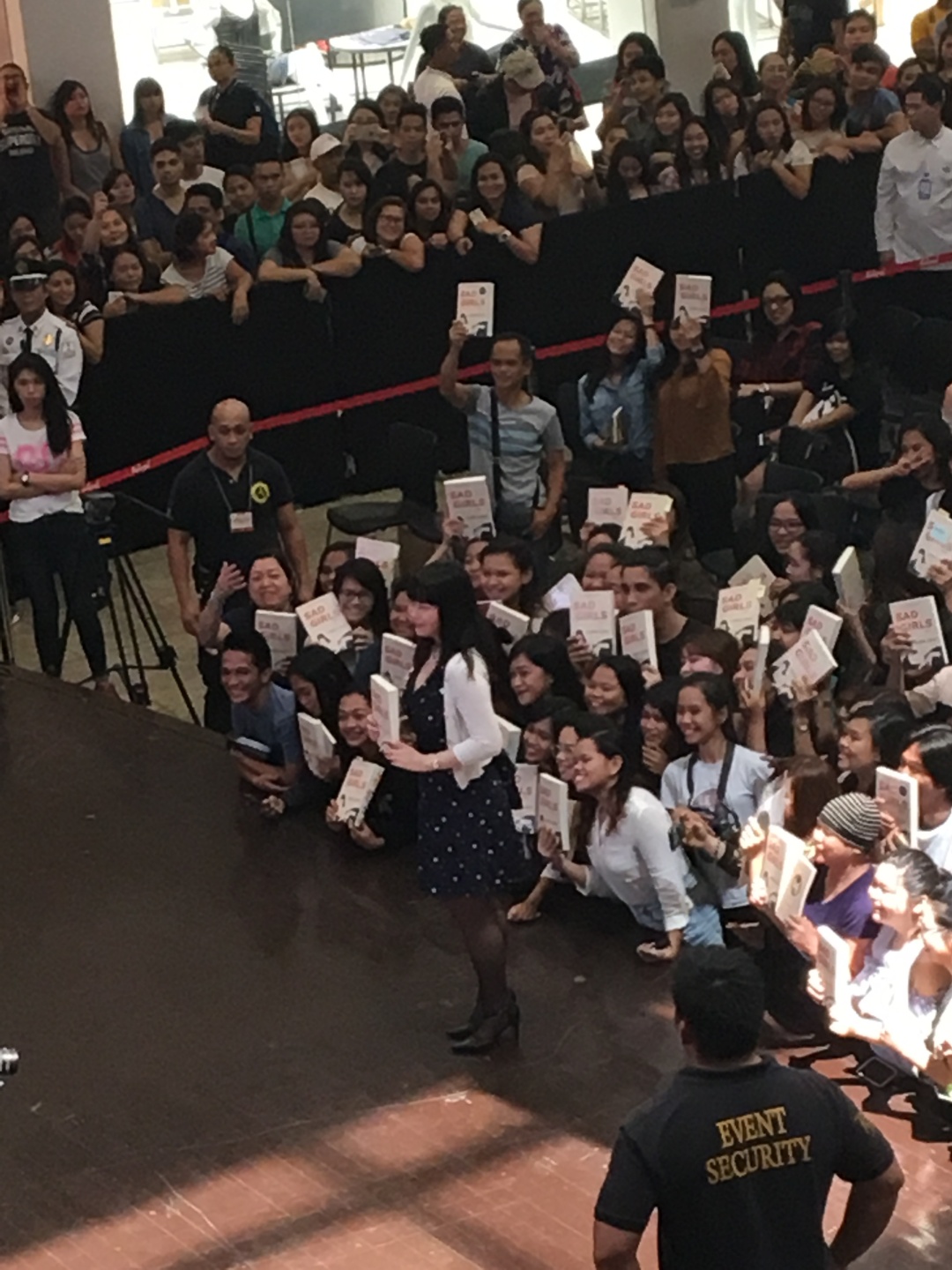 Lang Leav from afar. She looks like a doll 😭😭😍😍 One day, I’ll meet you, sunbae. I won’t lose hope. Your poetry inspires me somehow. You have an effect on my words one way or another,

Another agenda we had for that day was to catch up with Mama Jhel and Ate Hazel at 4PM. If you’ve been reading my blog for quite some time now, you’ve probably seen them in my Gastronomy in Gastro Park foodscapade. Before we go, we dropped by to Baskin and Robbins (hello, Goblin feels) first for refreshment. We did a lot of walking you have no idea! 😂 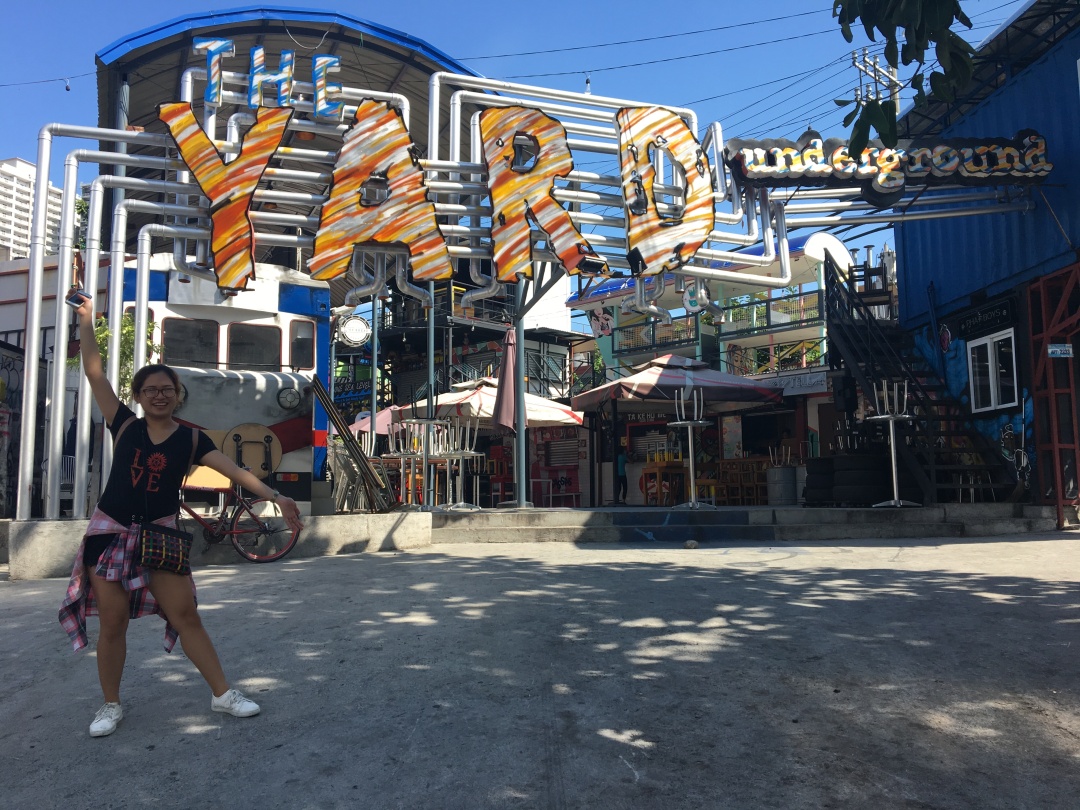 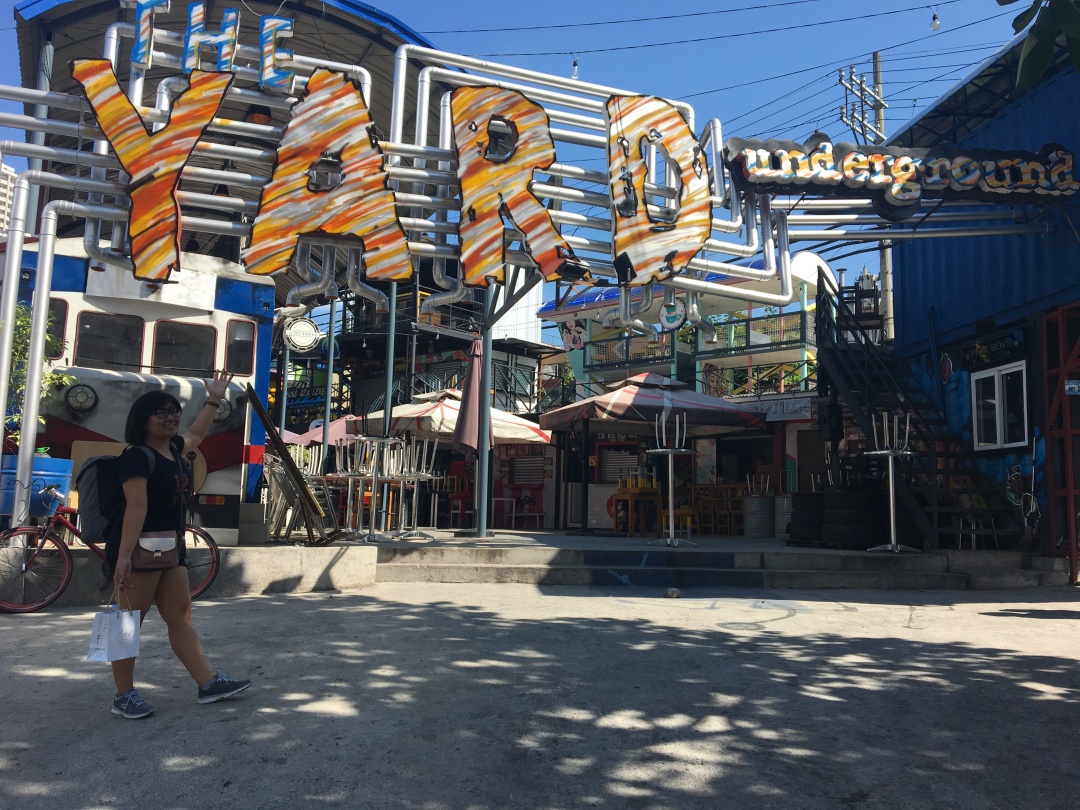 Unfortunately, ate Hazel couldn’t make it because she’s confined in the hospital 😭 Here’s me with mama Jhel and Ju. 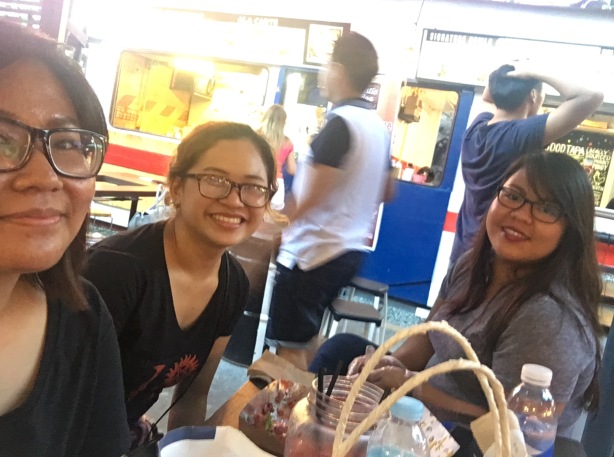 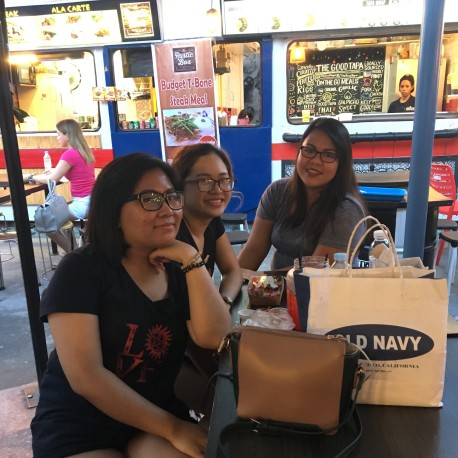 We had nachos, maki and chicken wings. I forgot how much they cost. I’m sorry I’m so bad at prices! But it’s all good and I like the place. It has lots of chairs and tables unlike in Gastro Park. There’s a live band and a lot of different food stalls to choose from. 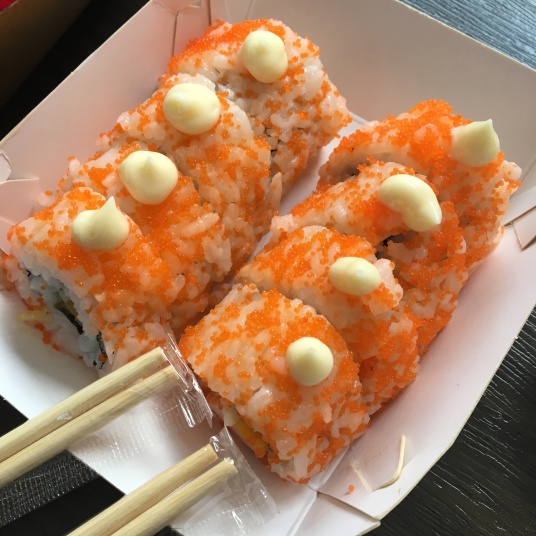 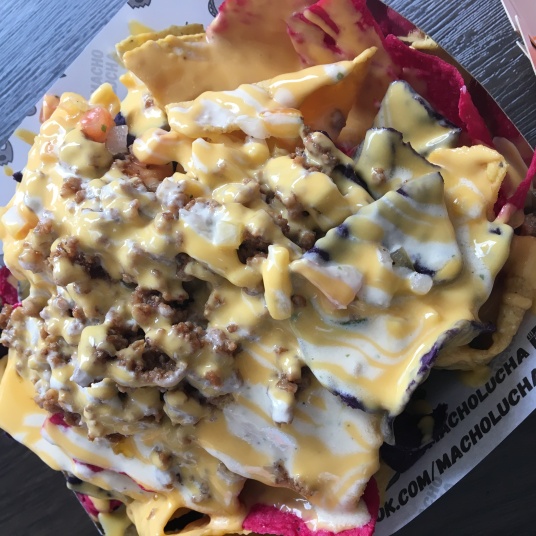 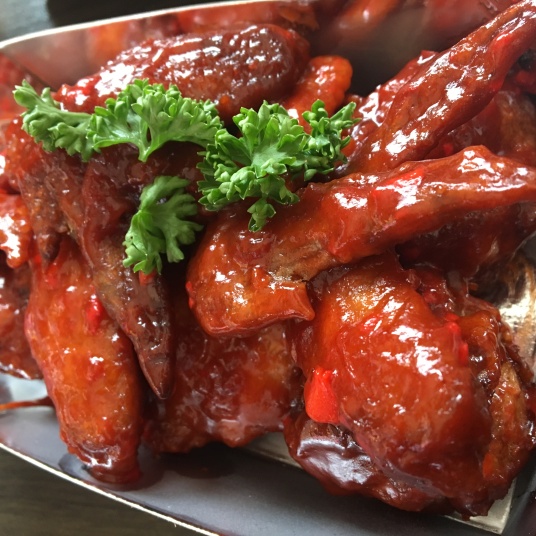 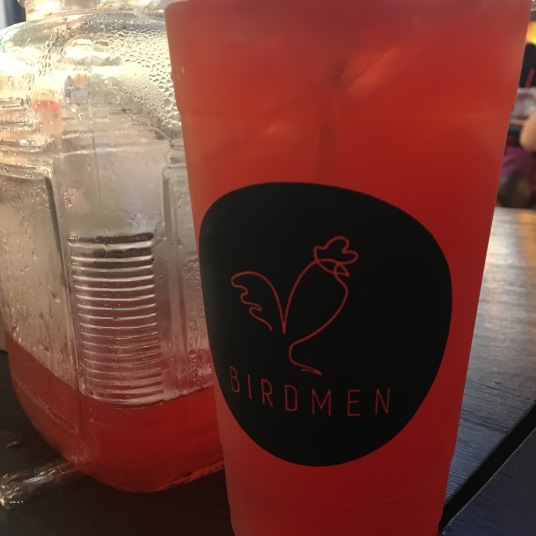 Thank you, mama Jhel for the time and ravel bars! Until we see you again! 💘

If you noticed the huge backpack I’m carrying, that’s because I went home to Pampanga with Junice. It was a long weekend so we planned to go to Korea Town in Angeles. We vlogged there and I’m currently editing the videos. Day 2 coming at youuuu.

Meanwhile, here is our selca taken at the bus on our way to Pampanga. We were so tired that day but we still had the energy to do Facebook live. Hahahaha! It was so much fuuuuun! Thank you so much to those who kept us company. Junice and I met through 5SOS so it’s always nice to meet some 5SOSFAM as well. It’s always nice to catch up with you guys. xx 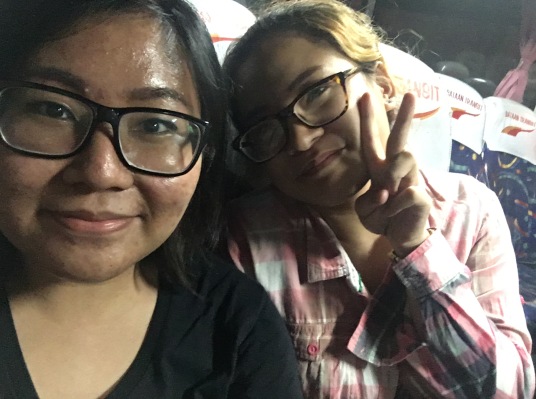 Please look forward to our next day’s adventure.